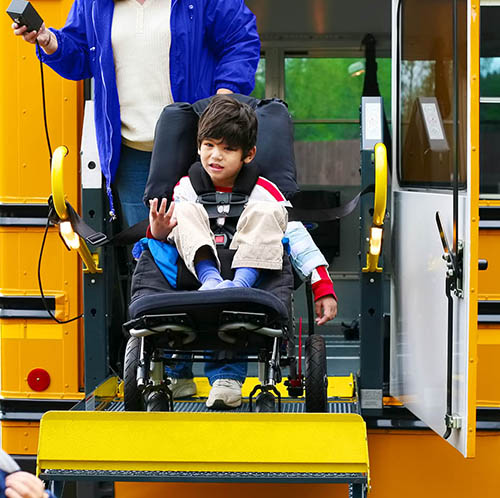 Your Partner in Special Education 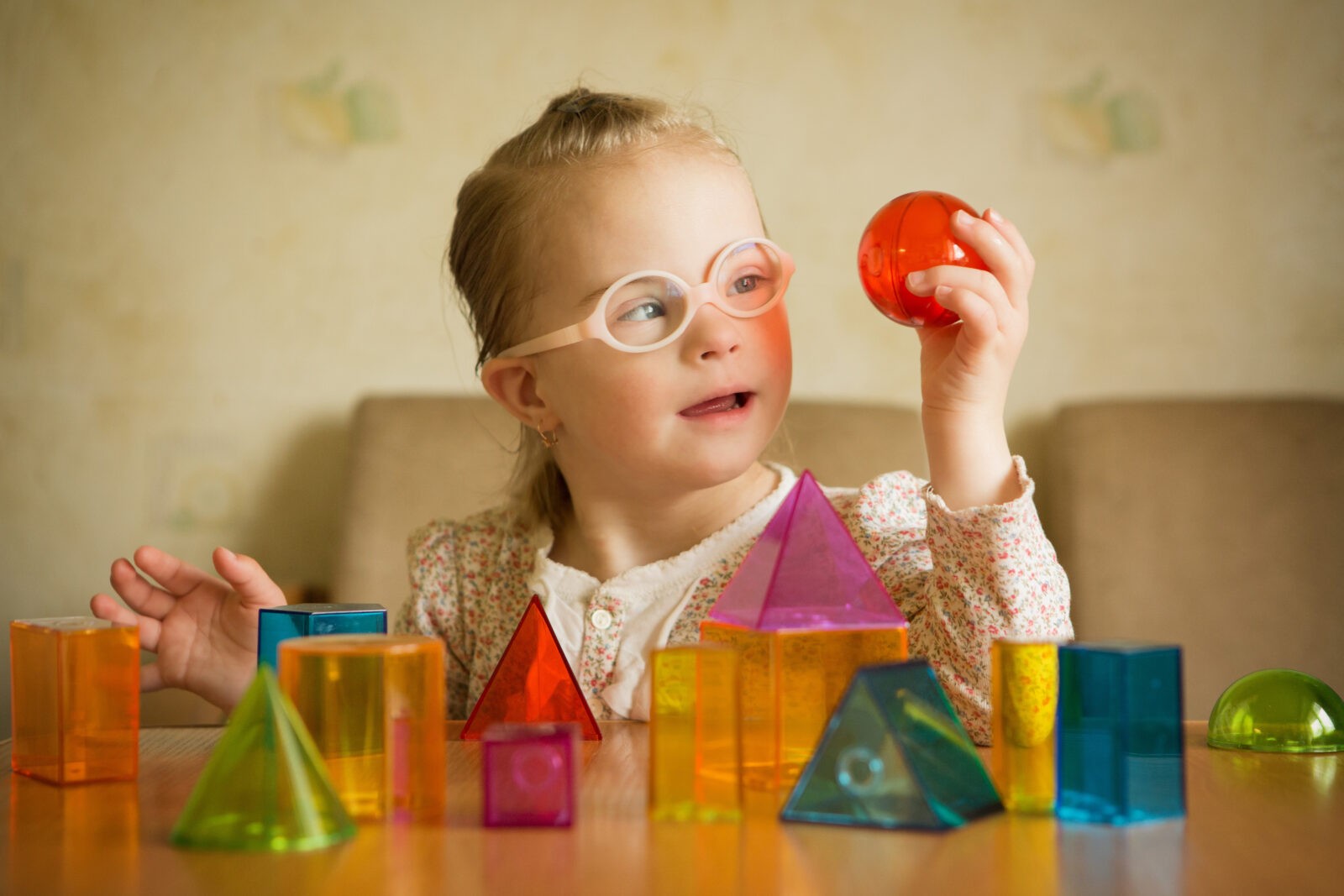 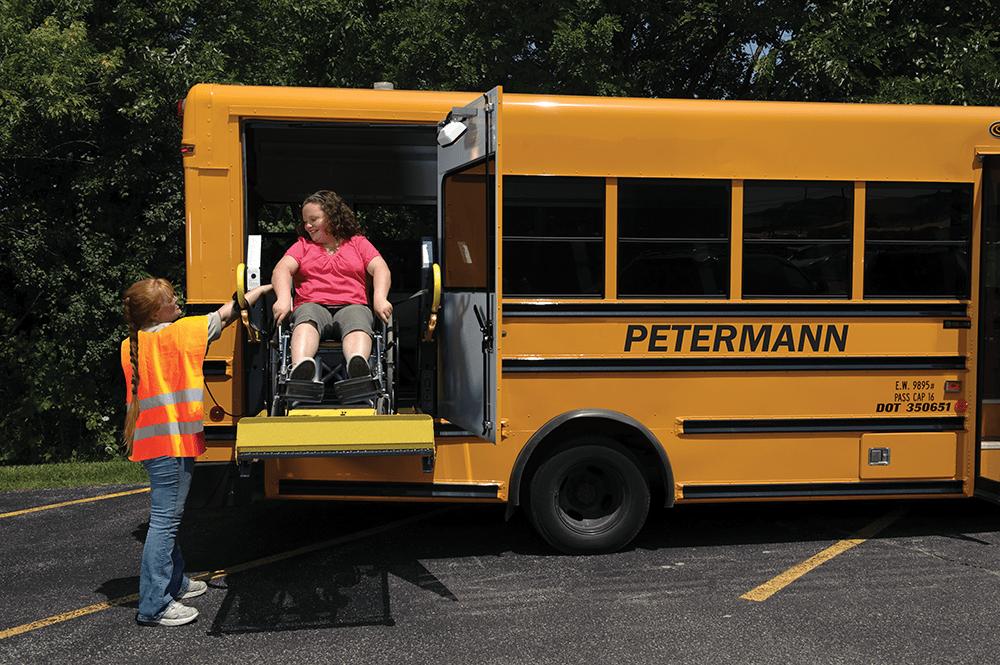 Your Partner in Special Education

We understand that federal and state funding has not kept pace with the escalating special education expenditures, placing the financial burden on districts. We partner with your district to help you manage your overall transportation costs.

Because of the nature of special needs transportation, open communications and a cooperative approach between parents, students, teachers, drivers, special education supervisors, transportation supervisors and monitors is key to help ensure that safe, reliable and efficient services are provided. Once an Individual Education Plan (IEP) team has determined that a student with special needs will require transportation as a related service, routing becomes an important part of the student’s success equation.

Our aim is to support each student with special needs to reach their educational goals and to make each trip to and from school as pleasant and uneventful as possible. As expert providers in special needs transportation, our team can help make sure that the education locations, equipment and vehicle needs, personnel needs, pick up points, drop off points and times, will be taken into proper consideration.

Meet Mary Leonard, our SVP and COO of Special Education in North America. Mary oversees the special needs transportation training program for the entire organization, which is a service no one else in our industry provides. This is another feature of The Petermann Promise®. We have found this service has made a profoundly positive impact on the students with special needs for whom we provide school transportation each day. Mary has held several positions in her career leading operations at companies such as FedEx, RR Donnelly, redbox and Primo Water. In March 2017 Mary joined National Express LLC as Chief Operating Officer and Senior Vice President of the Central Area. In August 2018, she was named Chief Operating Officer and Senior Vice President of Special Education. In this capacity, Mary is responsible for the development and implementation of standardized training, processes and procedures to ensure the safe transportation of our most vulnerable customers – those with special needs. Mary lives just outside Phoenix, AZ, in New River, with her husband of 26 years, and their son with special needs, Benjamin.

Mary’s focus is on the individualized attention our drivers and staff can bring to these kids, giving them the best possible experience while riding with us. Mary visits many of our locations personally and is always available to answer questions or provide additional SPED transportation program information.

At Petermann Bus our special needs drivers and monitors love what they do. They support your students by renewing their employment with us year after year. The average tenure of our SPED personnel is 10-12 years. We train our staff to meet your student’s specific needs, and our best result is when your student has a positive experience with us. We offer:

Special needs transportation is a dynamic and complex effort that requires vigilance, flexibility and superior attention to detail — keeping in mind student and equipment needs, travel time, transportation program costs and available resources. To find the best fit, we consider vehicle size, seating arrangements and requirements, individual behavioral and medical needs, wheelchair accessibility and animal usage, as well as nurse, monitor and attendant needs. Our objective is to support each student with special needs meet their educational goals, and use our expertise to make each trip to and from school as pleasant as possible.

Our drivers around the country get involved with “their” kids and their communities, organizing school sponsorships, holding fundraisers and toy drives, raising money for scholarships, donating field-trip service, and more.

In 1996, National Express School (NEXS) adopted Special Olympics as its number one charitable cause.

We wanted to support a cause that has a proven track record of helping “our kids.” By making Special Olympics our number one community project, our employees can become even more involved in the communities they serve.

Our involvement with the Polar Plunge for Special Olympics began as a friendly bet between two National Express School employees. We helped to sponsor the event and donated five buses, and also supported the employees who decided to brave the cold and plunge into the icy waters of Lake Michigan. Every year since, with the help of both corporate and operations’ supporters, NEXS has provided bus transportation and participated in the Polar Plunge. 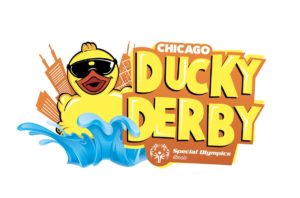 Each year, more than 50,000 rubber ducks are pushed off the Columbus Street Bridge into the Chicago River for Special Olympics Illinois Windy City Rubber Ducky Derby. National Express School has participated since the first annual event was held in 2005. Since then, we have sold more than 30,000 rubber ducks—each duck representing a $5 donation to Special Olympics Illinois. National Express has been recognized as the top corporate sales team nearly every year since 2007.